About the Boole Zone 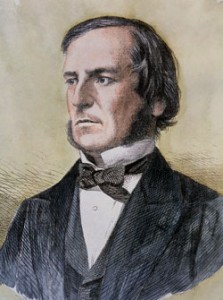 George Boole was the first Professor of Mathematics at University College Cork. He was interested in how people think logically and his mathematics led to the invention of the computer about 70 years after his death.

Mathematics is the foundation of computer programming and computer hardware.

Computers are powerful tools which engineers use every day. Mobile phones, music players, digital cameras, and countless other things you’ll find at home are miniature computers. We can now even wear computers; computing is everywhere!

In this zone there is one engineer who figures out what might go wrong on a plane during a flight and fixes it before this happens; one using sensors, wireless radios, and smartphone technology to build toy robots, bridges, and tunnels; and another who uses lasers to make the internet faster! There is an engineer helping to produce life saving drugs; and another one learning how liquids, gases and heat flow in order to work on artificial heart valves, aeroplane engines, or wind turbines.

ASK the engineers any questions you have about engineering.

CHAT with the engineers in a 30 minute long text chat booked by your teacher.

VOTE for your favourite engineer to win a €500 prize to spend on communicating more engineering.